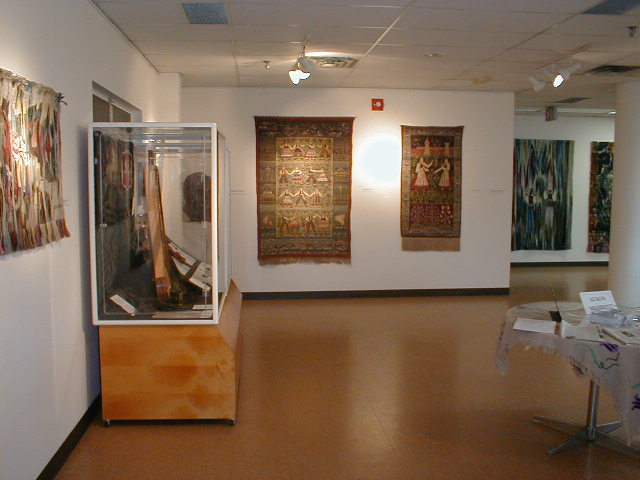 The only museum-archives in Canada that preserved the activities and history of Lithuanian Canadians.

The idea for establishing an archives dedicated to the collection and preservation of materials related to the lives, activities, history and culture of Lithuanians who have made Canada their home was first proposed in the early 1980‘s.

While the idea of establishing an archives had firm support from both individuals and various organizations within the Lithuanian community, the biggest stumbling block to establishing an archives was that it was unexpectedly difficult to find a suitable space to house the archives at an existing Lithuanian institution. However, in 1985, when the Anapilis Christian Community Centre in Mississauga decided to build an addition to its existing facility for its own purposes, it offered to provide a dedicated space for the archives in that addition.

During the planning stages for Anapilis‘ addition, it was suggested that the archives‘ facilities should be expanded to include museum space that could be used to display various artefacts and exhibits related to Lithuanian culture and history.

After unexpected delays in the construction process, the Lithuanian Museum-Archives of Canada, as it was to be known, finally opened its doors to the general public on September 24, 1989. 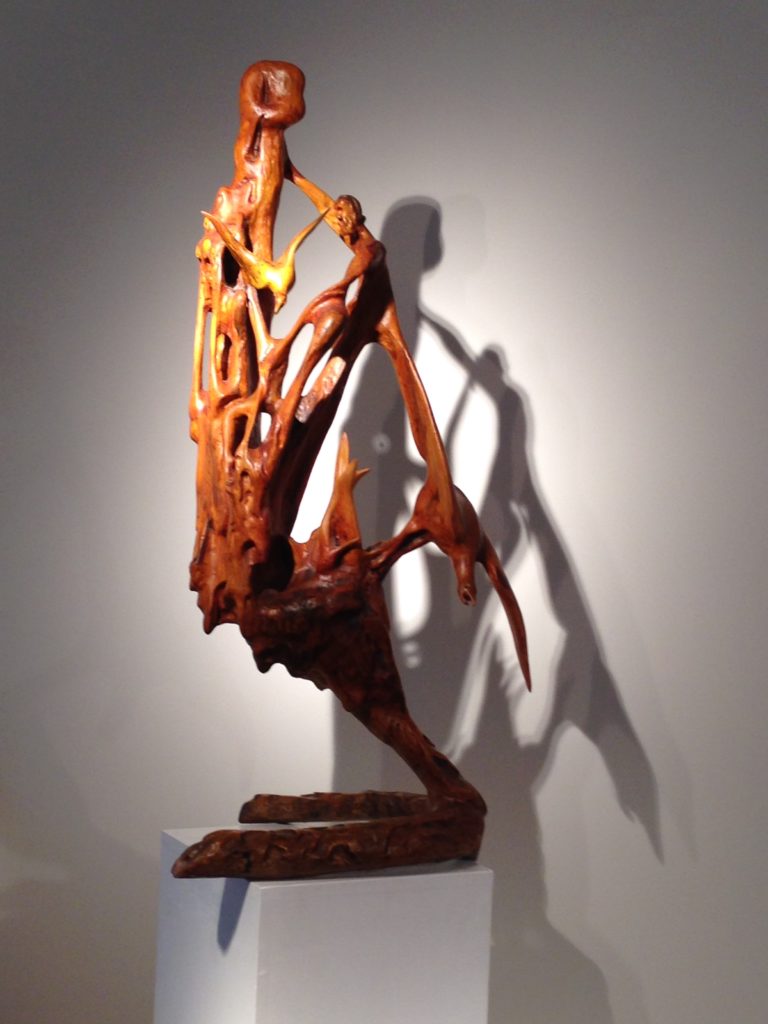 One of the primary purposes of the Lithuanian Museum-Archives of Canada (LMAC) is to collect and preserve historically significant archival materials (documentation, publications, correspondence, ephemera, recordings, etc.) which best serve to illustrate or document the activities and history of Lithuanian Canadian individuals, organizations and institutions and the broader Lithuanian community in Canada, with priority being given to materials associated with important events, periods, episodes and individuals.

The first donation of such material was received from the estate of Elzė Jankutė, the daughter of Martynas Jankus (known as the Patriarch of Lithuania Minor). Some of the other individuals who themselves or whose families have donated material to the LMAC are listed below.  Materials donated by individuals or their families include correspondence, photographs, manuscripts, diaries, travel and immigration documents, collections of articles written by and about various individuals and a wide assortment of mementos and heirlooms.

The LMAC also has many collections of materials from and about various Lithuanian organizations, associations, clubs, ensembles, etc., only some of which are listed shown below.  These collections include minutes of meetings, membership lists, by-laws, financial statements, commemorative publications, photographs, newspaper clippings, and a wide variety of other materials.

The LMAC also has extensive collections of archival materials from and about various events in which Lithuanian Canadians have participated.  This includes such reoccurring events such as the Lithuanian Canadian Days that have been held thirty-five times in various cities across Canada since 1953, Lithuanian Folk Dance and Lithuanian Song festivals held twelve and eight times, respectively, across North America since 1953, Lithuanian World Youth Congresses held twelve times in various countries around the world since 1966, as well as various sports tournaments organized by ŠALFASS and others in Canada and the United States.  There are also materials relating to various one time events such as the commemoration of the 600 year anniversary of the Christianization of Lithuania, the 500 year anniversary of the death of Šv. Kazimieras, the original staging of the opera Dux Magnus as well as information about and programs for countless other musical and theatrical performances, art exhibitions, lectures, commemorations (e.g. Lithuanian independence day), and the like.

In addition to collecting archival materials, the LMAC also collects historically significant artefacts that illustrate or particularize the activities and history of  Lithuanian Canadians and the Lithuanian community in Canada and have lasting and widely acknowledged value as Lithuanian cultural treasures with a focus on artefacts associated with important events, periods, episodes and individuals.  Among the hundreds of artefacts that the LMAC has collected since before it opened are postage stamps and envelopes, banknotes and coins, paintings, lithographs, sculptures, folk art, hand crafts, jewellery (including many interesting amber pieces), slogan pins, lapel pins, military medals and uniforms, textiles and weavings, folk costumes, clothing (including a sizable collection of commemorative and slogan bearing t-shirts), awards, trophies, maps, banners, posters and too many others to mention.

Since before the LMAC’s official opening, it has also collected books, periodicals and other published materials that were donated along with the archival materials and museum artefacts.  At this time, the LMAC’s collection of publications consists of over 3000 different titles that have already been catalogued and many hundreds of additional titles that are still in need of cataloguing.

All of the published materials (i.e. books, periodicals, commemorative publications, etc.) can be divided roughly into the following groups based on when and where the materials were published: 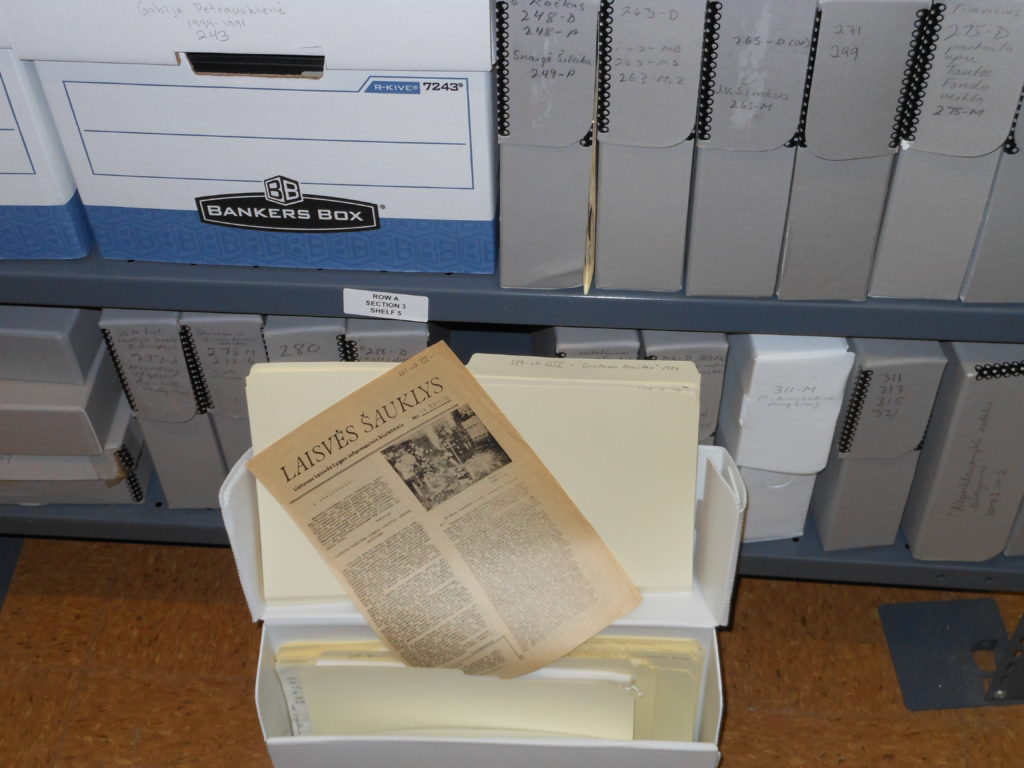 If you have material which you think may be  suitable for inclusion in the LMAC collections, please contact us before bringing any materials to the LMAC or Anapilis.

As there is limited storage space at the LMAC, we would like to work with you to identify any materials which may duplicates of materials already found in the LMAC’s collections.

Under no circumstances should any materials be left at the LMAC or Anapilis without the LMAC’s administration’s expressed agreement.

Partial List of Personal Fonds or Collections at the LMAC

Partial List of Institutional Fonds or Collections at the LMAC